The California State Assembly will soon be voting on AB 2840 and legislators need to hear your voice.

AB 2840 would ban the building of any facility 100,000 s.f. or more within 1,000 ft of a “sensitive receptor,” which has a broad definition but is basically most non-industrial uses. Additionally, all projects that are not banned due to proximity to a sensitive receptor must have a Project Labor Agreement (PLA) to be approved.

Even if your company doesn’t build or own these types of facilities, the precedent set by this bill will have a significant impact on all commercial real estate projects in the future and has the potential to undo years of investments on permits, construction and project development.

We are urging all NAIOP SoCal members and the entire California commercial real estate industry who have not yet taken action to voice their opposition to AB 2840 with their respective State Assembly representative.

We drafted a sample letter for you to use as a guide when sending a message to State Assembly members with our “one-click” platform.

It is important to personalize the letter as much as possible on the negative impact the bill would have on jobs and the economy.

Thank you for taking action to oppose AB 2840. 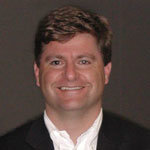 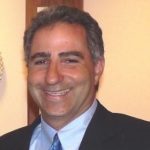